“The Te Whanganui A Tara Wellington Cuba Street area is home to a large concentration of galleries, private and public,” says producer Mark Amery. “I often take ArtExplore tour groups to them, and many people are surprised they even exist. The public don’t always have the confidence to cross the threshold, or get the chance to appreciate what remarkable work these galleries do on behalf of our artists.

“Celebrating CubaDupa’s mission to connect up the streets with its people, with camera this series opens up the doors, in the hope you’ll return to visit them yourselves.”

The programme has been presented with the assistance of Wellington Independent Arts Trust, with funding from Wellington City Council, ArtExplore and at least a dozen participating art spaces.

Curators of Cuba was due to be launched as part of the CubaDupa street festival as a weekend roving discussion series in late March. With the support of council and the trust, it has now been expanded as a documentary conversation project, available to all online.

From veteran galleries on the strip like McLeavey and Bowen Galleries, to newer-comers like Mossman and Robert Heald; from public spaces like Toi Pōneke to new art spaces in retail like Precinct35, the series explores the dynamic work being done by creative businesses. Artists include well-known names like Ans Westra, Dane Mitchell, Peter Trevelyan and Shona Rapira Davies, but equally introduce you to many newcomers. The conversations are led by writer Pip Adam, artist Suzanne Tamaki and curator and writer Mark Amery, with videography by Oscar Keys.

In episode #1 of a filmed conversation series with the galleries and artists that help make Cuba Street, Te Aro, Wellington area as dynamic as it is, Pip Adam talks to artist Shona Rapira-Davies and gallerists Jenny Nelligan and Penney Moir of Bowen Galleries. As Jenny and Shona relate, Bowen began with some good stories in Bowen Street itself back in 1981 and has been representing many fine artists since. Shona Rapira Davies speaks of her relationship to the gallery and introduces exhibition There are no bees in my garden (8 April – 14 June 2020). 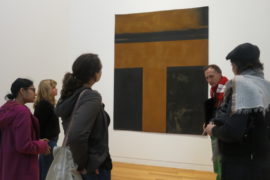 Colin McCahon at The Hocken 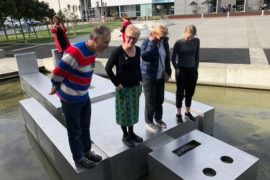 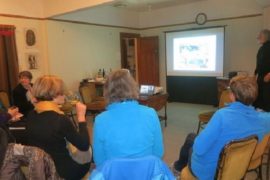 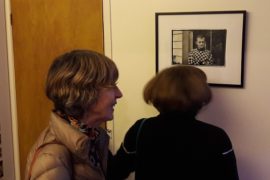